Inspiring documentary
Ramona Diaz’ “Don’t Stop Believin’: Everyman’s Journey” may not be the most “important” documentary of the past several years, but it is certainly one of the most fascinating. And uplifting.

The movie begins with a predicament: the remaining members of the classic rock group Journey have decided to both return to the studio to start recording new material and go on tour where they will need to perform all their familiar hits for their millions of rabid fans who are expecting them to sound the way they did decades before. Yet, their lead singer, Steve Perry, has long since left the group. What are a bunch of aging rockers to do? The answer they come up with is to mount a search for someone who can approximate Perry’s distinctive and universally recognizable vocal stylings. That’s where Arnel Pineda comes in – an amateur singer in the Philippines who had previously posted 60 videos of himself mainly doing cover versions of Journey’s hits on-line. The similarity between his voice and the voice of Perry is uncanny, so the group plucks him out of obscurity and puts him front-and-center with them on stage and in the studio. This movie is a record of that experience.

To show just how far he’s risen, the movie briefly chronicles Arnel’s hardscrabble life as an orphan in the Philipines, often living on the streets, literally singing for his supper and that of his siblings. Drug and alcohol abuse and a broken marriage also figure prominently in Arnel’s pre-Journey history. But all that is in the past, as now he not only gets to perform with his favorite band, but he is happily married with a young daughter. Indeed, the only negative aspect of the tour for Arnel is that it requires him to be away from his home and loved ones for such an extended period of time. But such is the life of a rock star.

The movie also fleshes out the history of the band itself, from its years of worldwide success to its periods of wilderness-wandering obscurity, from its temporary dissolution in the ’90s to its successful comeback today. These experienced, wiser heads are able to keep this newbie focused on not only what is good about touring, but the potential pitfalls that await someone not ready for all that comes with fame and glory and life on the road. Thanks in large part to them but also to his own inner strength of character, Arnel is able to keep his feet planted firmly on the ground, even while his head is, understandably, in the clouds.

And indeed throughout the experience, Arnel remains a humble, self-effacing figure, a man who, despite being overwhelmed by the adoration of Journey’s fans, never allows himself to forget where it is he came from and how extraordinarily blessed he is in being able to live out this never-in-my-wildest-dreams fantasy-come-true.

As for the original members of the band – Neal Schon, Ross Valory, Jonathan Cain, Deen Castronova – they do tend to become bit-players in the film while Arnel takes center stage, but it is clear that they are equally cognizant of the fact they owe as much to Arnel as he does to them for helping make this hugely successful comeback possible. It is obvious that the members not only welcome Arnel in with “open arms” but that a genuine bond of fellowship and friendship has developed amongst them.

As Arnel himself admits, this is really a rock music Cinderella story with Neil Schon, who discovered him, as the fairy godmother and the tour the grand ball.

And the whole thing culminates in a raucous performance of “Don’t Stop Believing” before a stadium full of screaming, adoring Filipino fans, all beaming with pride at the sight of a home town boy hitting the big time – and if that scene doesn’t leave you with a lump in your throat and a chill running up and down your spine, you just might want to get those two organs checked out for defectiveness.

Even those who don’t much care for Journey – if any such people exist amongst us – can have a great time with this film.

Interesting documentary, even when it’s mainly just for the Journey fan
“People think we’re whining or crying about success if we’re just really trying to tell you that there’s some intense pressures and really some things that could be helped”; these are words of Eddie Vedder from Pearl Jam, stated three days after the death of his contemporary Kurt Cobain in 1994. The pressures in the music industry that Vedder is talking about are really well exposed, like few other times, in this documentary, which turns to be something interesting even when it’s mainly just for the Journey fan (and that’s something I’m infinitely far from being).

We have a great take on music as a business. Journey is a band that began in the seventies in San Francisco, with a progressive rock that took them to be compared with the Grateful Dead – the lead guitarist, Neal Schon, had been working with Carlos Santana. Sounds like a promising beginning right? However, the band was a financial failure and had no trouble in changing their sound for something more “radio friendly”. For Journey, the (horrible) eighties were synonymous of millions of dollars and certainly of that “arena rock” that was later replaced by Cobain, Vedder and company.

If that “arena rock” from the eighties, with its weak ballads, is not something you like, DON’T STOP BELIVIN’: EVERYMAN’S JOURNEY won’t give you any reason to change your mind. Neal Schon, for instance, is shown as the classic rock star with no charisma, that always shows off his ability with the guitar but never loses himself with the magic of the instrument like the great ones (if that makes sense). But there is some good news; with the central character of the documentary we have interesting material that counteract, for instance, the decision of the director to show a live performance of a famous Journey ballad in its entirety.

Meet Arnel Pineda, a little man from Manila, Philippines, who is the protagonist of a, in his own words, “Cinderella story”: in 2007 Journey needed a new vocalist and thanks to the magic of Youtube they found this Philippine, who had videos of him and his group playing Journey cover songs. The fun begins not only for Pineda but for us as well, since watching him in action, at his first show with the band (in Chile), and hearing his story about how the adrenaline made him run and jump literally in the whole stage, is as hilarious as this brief description of him (made by the drummer): “He’s like David Lee Roth and Bruce Lee put together”.

As the film goes on, the great pressures of music previously mentioned appear in a notable way for Pineda. He and his wife enjoy the money, obviously, but it always looks like the charismatic Pineda ain’t ready to bear the weight that comes when you’re part of an act that sells more than the Jonas Brothers (yes, this bizarre fact is part of the film); the previous moments to each show are some sort of internal fight, in which the Philippine convince himself that he couldn’t be in a better place. All of this is by far more relevant than any Journey song, although if you’re a fan of this band, what are you waiting to sing along to them? 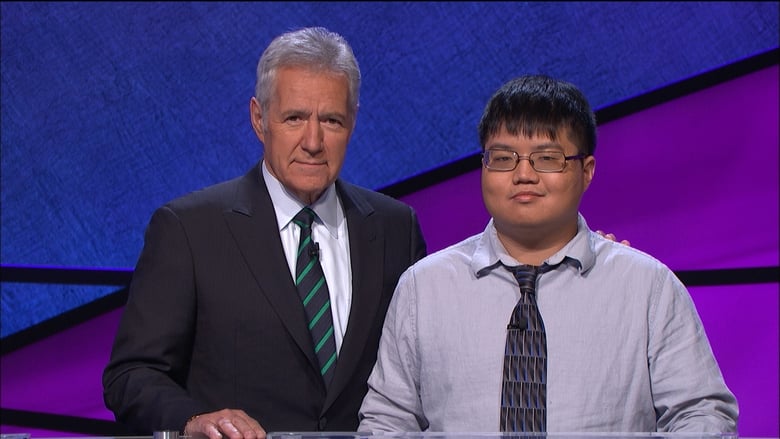